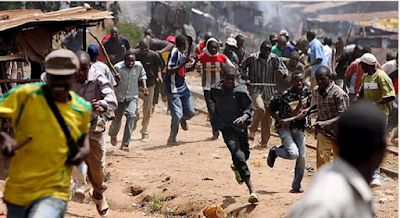 Chairman of the Kaduna State Chapter of Miyetti Ahallah(association of herdsmen), Haruna Usman, has said that last week Saturday's attack by herdsmen in Godogodo village in Kaduna state was a reprisal one after the villagers killed a Fulani chief.
In an interview with Vanguard, Usman said;

“Are Fulani crazy to just go and attack people? Did you ask the Godogodo people what they did to the Fulani? We already have 17 grazing reserves in Kaduna State since colonial times, and there is no dispute about that. What happened was that these people went and killed a Fulani Chief in one of the villages and burnt his house. The Fulani are just revenging.”


“Godogodo is full to the brim with refugees, who have fled their villages seeking for safety here because it is a bigger village, close to an expressway and has better security. After the attack, they would cut down all the crops for their cattle to eat.
There will be hunger this year in these villages.”he said

Meanwhile the state police command confirmed the incident and have deployed officers to the affected areas.
at August 16, 2016