How to Get Over the Fear of Rejection and Get the Girl? 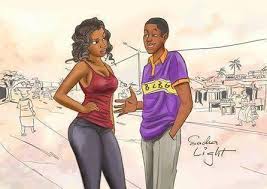 I’ve seen some of the best guys lose a girl because they’re too scared to pursue her. The fear can be so strong that even if the girl is interested, he still loses her because he’s focused on his own inadequacies. As a good guy, take the
initiative.
If you fear rejection, then plan on taking the back seat to the jerk who will seize every opportunity. However, if you’re ready to get over the fear of rejection and get the girl, here are 4 pointers that will make a difference. Invest In Yourself
The whole dating thing seems to revolve around FINDING the right person for you. Buck the system and focus on BEING the right guy for her. Don’t put her on a pedestal when you should be getting up there yourself. I’ve heard so many guys say, “If I just found her and got married, I wouldn’t have any more problems.” Addictions are going to just float away when you fall in love? 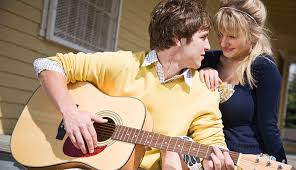 That would be nice. No wonder you’re too intimidated to talk to her. You believe she’ll solve everything. That’s too much pressure for any human being to handle. Take care of those issues before you even begin the process. If you’re focus is on BEING a good guy, then eventually you will become one, and the right one will come before you.
Change Your Mind
The truth is, there are some lies you believe which obliterate your chances of even having a basic conversation with her.  In Rules of the Game, Neil Strauss points out “limiting beliefs” which affect your ability to talk to women. One of these lies is “Woman aren’t attracted to nice guys. They like jerks.” In reality, it’s not about good guys or bad guys. 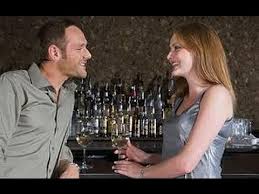 Neil says, “it’s between weak guys and strong guys. Women are drawn to men who demonstrate strength—not necessarily physical strength, but the ability to make them feel safe. So if you’re a nice guy, you can still be nice.  But, you must also be strong.” If you’re too scared to approach her, how can you be the leader she needs? Identify your limiting beliefs, rewrite them, and repeat your new declaration every morning. For instance, you might say, “Women are looking for a good guy like me because I will be her strength.”
Get Rejected
What if she roll her eyes, and ignores me?
Risk is a gamble, and sometimes you lose. Unless you’re willing to take some risks, you will never know accomplishment. Instead, you’ll be the safe nice guy, and you’ll be a great friend for her while some other guy sweeps her off her feet.
I got a healthy dose of rejection when I started my sales career. Over and over again, I heard “no.” The upside? I discovered rejection is just a ratio game. In fact, I expect to be rejected many times before I make one sale, but I don’t lose focus. Expect to be rejected multiple times before landing your first date while keeping your eye on the prize.Focus on the Higher Purpose
Sometimes we’re too concentrated on our own insecurities. In fact, you might magnify the importance of something that doesn’t matter at all. If you’ve already taken the time and invested in yourself, it’s now time to take the focus off of you. Maybe take a yoga class before the event you know she’ll be attending. I went and worked out before my first date with Kristen. Bottom line is, stop striving and find some inner peace.
I took Kristen to Halloween Horror Nights at Universal one year. Normally, Kristen is a complete scaredy cat, but for some reason she didn’t even flinch that night.
Dumbfounded, I watched as monster after monster jumped out at her while she paid no attention. At the end of the night, I wanted my money back!She told me she was singing songs and reciting verses in her head. It got me thinking: couldn’t that same principle be applied to every area of our lives? You can overcome any fear, including rejection, when you keep your mind focused on a higher purpose.
Master a few of these, and you’ll be head and shoulders over the jerk.  Have some fun with it and don’t be so serious. If you’re not confident at first, act like you are, and it will eventually become natural.  I believe in all of you good guys out there. I expect success stories soon!